How Long Can PCOS Delay Your Period? One in ten women of reproductive age (15-45 yrs) suffer from the prevalent
health issue known as PCOS (polycystic ovary syndrome). Despite being a
reasonably common issue, it is brought on by hormone imbalance, and
many women are unaware they suffer from it. About 70% of women who
have PCOS are undiagnosed. In addition to irregular periods and acne, PCOS
can directly or indirectly lead to mood swings and depression. Numerous
health issues, such as diminished fertility and balding, can affect women
with PCOS.

Although the precise cause of PCOS is unknown, it may be caused by a
number of interrelated causes. These include:

Androgens, sometimes known as male hormones, are also
present in females. High amounts of androgens in a PCOS patient’s
body prevent the release of eggs throughout each menstrual cycle.
Their irregular or delayed periods are caused by this. Additionally, they
produce more testosterone due to an anomaly in the way the human
brain and ovaries interact.

A hormone called insulin regulates the process by
which food is converted into energy. When the body’s cells do not
react to insulin as they should, this is known as insulin resistance.
Darkening of the neck’s skin, and increased levels of man androgens
result from this condition.

PCOS can run in families in some cases. You are frequently
at a higher chance of acquiring PCOS if any of your relations, such as
your mother, sister, or aunt, do. Although particular genes linked to
PCOS have not yet been discovered, this shows that the disorder may
have a hereditary component.

Obesity in children, an unhealthy lifestyle, and excessive adult weight are
other risks for polycystic ovary syndrome.

If you have polycystic ovarian syndrome (PCOS), your symptoms will often
start to show up in your teens and twenties. The symptoms of PCOS can
range from mild to severe, and not all women with the condition will
experience them all. Some women can’t become pregnant, simply have
menstruation issues, or both.

Normal periods are those that occur every 21 to 35
days. PCOS can result in missed or delayed periods. Few women’s
periods might be delayed by up to 5 or 6 months. Regular cycles are
possible, although blood flow can also become light for under 2 days
or excessive for more than six to seven days. These may come with
discomfort and weakness.

An excess of male hormones can lead to oily
skin and moderate to severe acne, especially close to the jaw line.
Additionally, excessive facial hair growth and scalp-wide hair loss
which results in baldness are possible.

One of the most prevalent factors in female
infertility is PCOS. When a woman fails to become pregnant while
trying to conceive. The ovaries discharge an egg into the uterus once
every menstrual cycle (womb). Ovulation is the name for this process,
which typically happens once each month. However, women with
PCOS typically do not ovulate or ovulate infrequently, which results in
irregular or nonexistent periods and makes it challenging for them to
become pregnant.

The series of activities your body goes through each month as it gets ready
for the potential of pregnancy is known as the menstrual cycle. On the first
day of a period, a menstrual cycle is thought to have started. Although cycles
typically last 28 days, they can be anywhere from 21 and 35 days.

If the time of your period is irregular, it’s crucial to be checked out since it
might be caused by a variety of conditions, including PCOS. Some PCOS
sufferers go three or more cycles without having their period. One of the
main reasons why people with PCOS are unable to conceive is a condition
called amenorrhea. Then again, if there are no periods, then no egg is being
delivered as part of a menstrual cycle.

Keeping track of your cycle will help you determine how long it has been
since your previous period. Ask your doctor to send you to a gynecologist
who can look into the cause if you detect a three-month period gap.

PCOS cannot be detected with a single test. A pelvic ultrasound, a physical
examination, a history, and blood tests (to look for hormone imbalances) are
used to make the diagnosis. Although PCOS cannot be treated, symptoms
can be controlled by making dietary and lifestyle modifications like:

Each woman receives treatment that is specific to her symptoms, underlying
health issues, and desire to become pregnant. If you are given a PCOS
diagnosis, speak with a gynecologist to determine what you need.

Every menstrual cycle is unique, just as every individual is. Although periods
typically last 28 days, they can last anywhere from 28 to 40 days. Chronic
stress can cause irregular periods. Periodic cycle abnormalities can occur
for a number of causes, including weight loss or increase, quitting or
beginning birth control, and overweight and irregular periods also go
together.

quite certain you are not pregnant. You may start working on regaining
control of your cycle as soon as they have a diagnosis.

Know Which Exercises Can Prevent an Ankle Injury

Setting Up Your Own Home Exercise Gym

How to Pick the Best Fitness Center for You 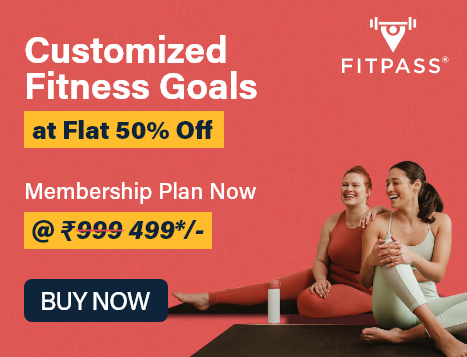